KraftPal pallets are unique, innovative transport carriers made from corrugated cardboard in a fully automated process. 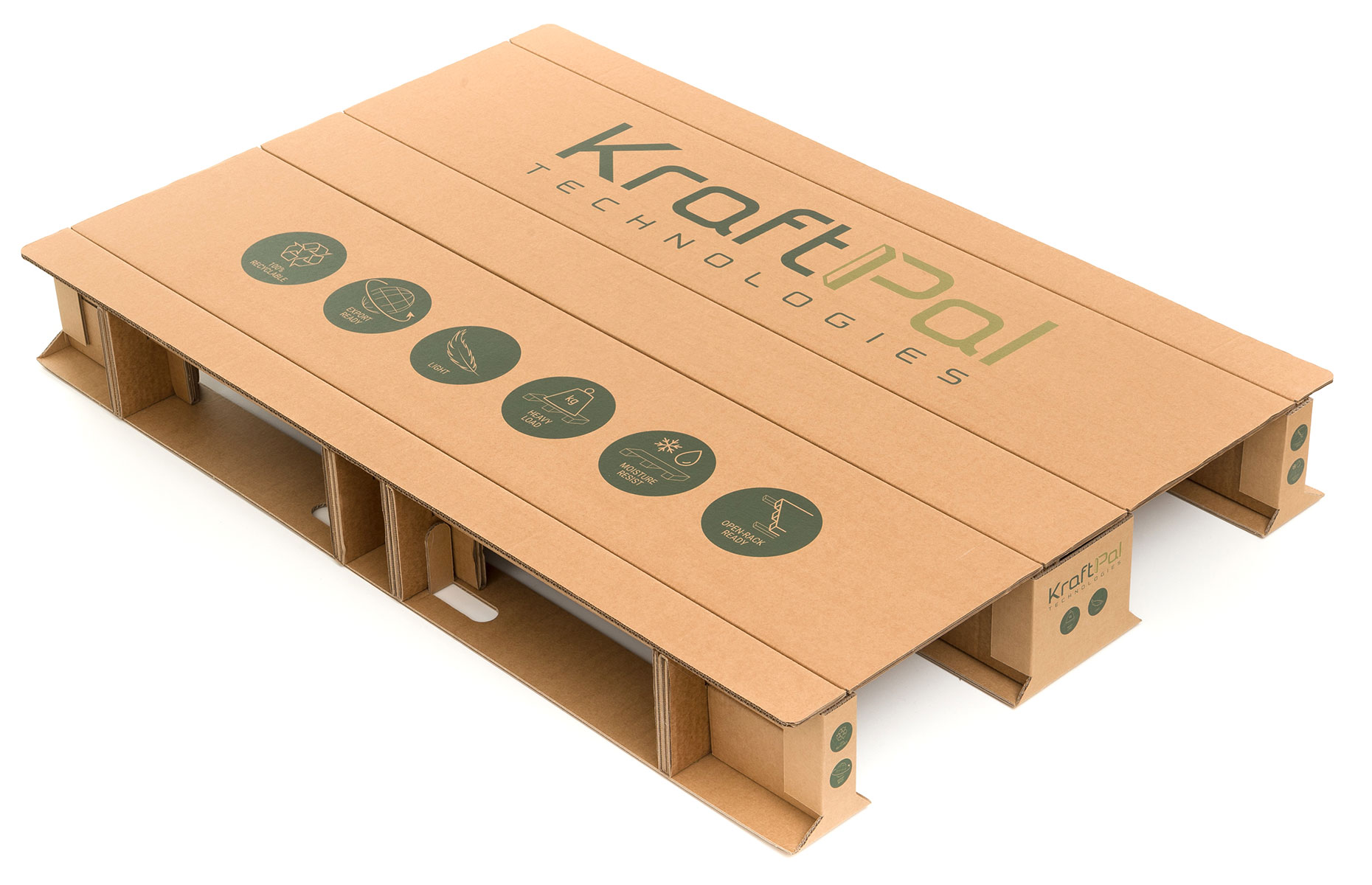 Environmentally friendly
KraftPal pallets can be 100% recycled. Easy disposal in normal waste paper channels.
Value for Money
Easy cost savings supported by all many positive features.
Light Weight
Only 3-4 kg light. Very easy handling. Big savings at air freight.
Safe
Safety at work by low weight. No dangerous nails and wooden scales. Easy handling.
Sterile (IPPC)
Corrugated board is free of microbes and bacterium. Best use in food and pharmaceutical industry. Perfect for oversea shipment.
High Stability (up to 2,2t)
Extremly high stability. Carrying heavy loads. The right pallet for your application.
Shock absorbing
Taking hits and protects your product and absorbs vibrations.
Customized products
Size can be adapted to your needs and you can optimize space coverage.
Printable
Perfect use for branding. Individual customized information possible.
Ready for Open Rack
Storing in open rack possible. Perfect storing features.
Ready for conveyors
Can be used on all standard conveyor systems.
Certified by NEFAB
Tested and certified by NEFAB
View products 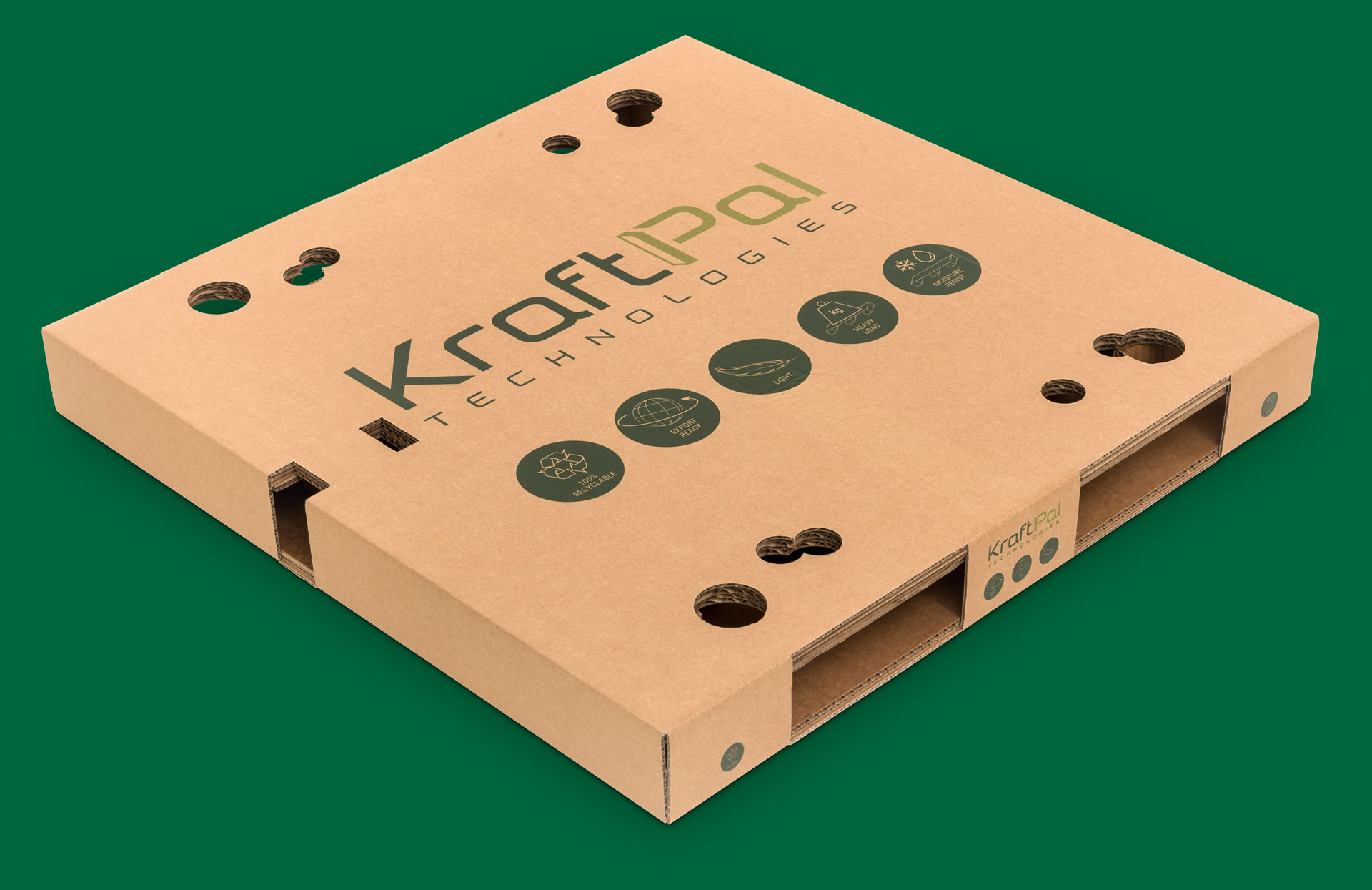 The direction of the industry is to reduce the number of procedure manipulations with the goods in all ways related to the logistics of goods from production to sales rack.

That are cardboard palettes really a trend is also confirmed by one of the largest furniture producers in the world - IKEA. Instead of wooden pallets, weighing 25 kilograms, Ikea started using cardboard pallets in March 2012, weighing 3 kilos and suitable for single use only (source).

First is the EU directive, which gives the task to countries of the EU, in accordance with their existing laws, to implement the requirements of the Directive into their national legal system and reach goals.

The aim is to reduce the use of wood for the manufacture of wooden packaging and pallets according to environmental aspects (possible transfer of insecticides, bacteria, viruses and other harmful things).

The second is environmental awareness, the production of wooden pallets is causing over excessive deforestation.

Cardboard pallets are labeled as organic products because they are made from corrugated cardboard. Corrugated cardboard is one of the greatest inventions of the 20th century and protects the product during shipping.

Corrugated cardboard is also one of the few packaging materials, approved by the European Commission for packaging and packaging waste.